The Imperial College in London released a scientific publication that explains bacterial infections causes a global burden. It is estimated that infections cause more than 700,000 people to die each year. Within the next few decades, the paper also estimates that this rate will go up to about 10 million people dying from infections each year. One study also explains that among chronic bacterial infections, bronchiectasis seems to be the most commonly noted illness.

Antibiotics are the preferred treatment method for bacterial infections. These drugs can be taken as a pill or provided to the patient through an injection or intravenous administration. While effective, antibiotics kill good bacteria too, which calls for the use of probiotics. We consider if probiotics are useful in cases where a person consumed antibiotics and some factors to take into account.

What Are Antibiotics And Why Are They Used?

Antibiotics are pharmaceutical drugs that can be provided to patients with a bacterial infection. These drugs are provided with a doctor’s prescription. There are different types of antibiotics on the market. Some of these antibiotics are used as an initial defense against bacterial infection, as they are able to target various types of bacterium species. Other antibiotic drugs rather target more specific strains of bacteria – this is useful in cases where a patient does not seem to respond well to a broad-spectrum antibiotic.

Penicillin was the first antibiotic to be developed. Alexander Fleming was the doctor who discovered penicillin. At the time, this was a natural extract that was able to assist in fighting against bacterial infection. The discovery was first made in 1928. Today, pharmaceutical companies create synthetic drugs that mimic the behavior of the natural penicillin that Alexander Fleming initially identified.

Antibiotic medication provided to a patient with a bacterial infection works in one of two ways:

One particularly important factor that needs to be noted is that antibiotics are only effective at fighting against bacterial infections. When a patient suffers an infection caused by a virus or fungi, then antibiotics will not be able to assist in the treatment of the infection.

The idea behind antibiotics is to help kill the bacteria that is causing a patient to suffer from an infection. In some cases, bacterial growth is rather stunted. There is one particular problem that comes into play here – and that is the fact that antibiotic drugs are not able to distinguish between the good and bad bacteria that are present in the human body.

Most people realize already that there are several species of bacteria that are considered essential to the survival of the human body. When there is a decline in these “good” bacteria, it makes the immune system weaker. The digestive function also tends to suffer when there are insufficient good bacteria in the gut.

Since antibiotics cannot tell good and bad bacteria apart, these drugs destroy all of the bacterium species that it finds. What this means is that good bacteria will also be destroyed by antibiotics.

Studies show that antibiotics are highly effective in treating bacterial infections. With the fact that antibiotics also destroy the good bacteria in mind, however, there is some concern regarding the well-being of the digestive tract, as well as several other areas of the human body. Patients do need to remember that the good bacteria in their bodies does not only help improve gut health and function. These bacteria have been linked to many other systems of the body – including the immune system.

One study looked at the impact of gut flora on the general well-being of the human body. In this study, researchers explain that poor maintenance of good bacteria in the gastrointestinal tract can have several implications for a person’s health. In particular, the study links poor diversity of healthy bacteria in the gut to conditions and diseases like:

With this in mind, the use of antibiotics and the effects that these drugs may have on the microbiome can increase the risk of these diseases in the patient. This becomes especially concerning issue when looking at the continued use of antibiotics in cases of chronic bacterial infections. The concern is also raised when stronger antibiotics are needed – which is becoming more frequent today due to the rising prevalence of antibiotic resistance found in the general population.

Where Probiotics Fits Into The Picture

Now that we have looked at how the use of antibiotics affects bacteria throughout the body, it is obvious that there is a need to maintain the good bacteria in the gut while using these drugs. This is why many people tend to opt for probiotics as a way to potentially counteract the effects of antibiotics on the gut flora.

Probiotics refer to the good kind of bacteria that should ideally thrive in the gastrointestinal tract of every single person. The term really describes these bacteria that are found in certain foods. While probiotics are readily available in foods, there are also many supplements that can help a person get more good bacteria into their gut.

The use o probiotics may help to improve the diversity and number of healthy bacteria that are living in a person’s gut. Due to the content of probiotics, there is a common thought that using these products while on antibiotics may help to eliminate the risk of good bacteria being destroyed.

It is true that probiotics might be a good idea during and even after antibiotics. Unfortunately, things are not as simple as it seems, however.

First of all, it is important to take into account the fact that probiotics contain the same good bacteria that are already present in a person’s gastrointestinal tract. When taking the probiotic supplement or obtaining the probiotics from foods like yogurt, the diversity of bacteria in the individual’s gut may improve. There may also be an increase in the number of bacterial microorganisms that are thriving in the gut of that person.

When the person is taking antibiotics, it means the chemicals that are present in these drugs will continue to drive down the numbers of good bacteria in the gut. Even when a probiotic supplement is used, the antibiotics will still continue to kill the beneficial bacteria – including the new ones that the probiotics added to the person’s gut.

This does not mean that probiotics should not be used, however. By taking probiotics, it might be possible for a person to at least ensure there are more good bacteria in their gut. This could mean that a larger diversity of these bacteria will be present in the digestive tract after the course of antibiotics has been finished – particularly compared to taking antibiotics without any type of probiotic supplement.

When combining the two, a smart strategy will be needed. The person needs to ensure they are able actually to gain an advantage while taking a probiotic supplement. This way, the effects of the antibiotics on the gut flora could be reduced – and the person may not experience the harsh side-effects that antibiotics cause when too many good bacteria are destroyed.

It is possible to use probiotics with antibiotics, but there are a couple of things that patients do need to understand before they combine these two.

Thus, to fully benefit from probiotics, a person should set up a schedule to help them take both pills at appropriate times.

The patient should first consider when they need to take the antibiotics. The doctor will usually prescribe a specific number of doses per day – these drugs will generally be taken over the course of a few days.

The first step is to decide on specific times to take the antibiotics. The person should consider the number of doses per day – and then try to take each dose at the same time every day.

With this type of schedule, there will be gaps of several hours between each dose. The person could decide to take the probiotic supplement either in the morning or in the afternoon. The dosage of the probiotics should preferably be done between doses one and two, or between dose two and three.

The probiotics could, for example, be taken at about 10.00 am. This will allow the antibiotics to get to work and ensure by the time the probiotic supplement is taken; the bacteria will not all be destroyed by the antibiotics immediately.

In addition to taking a probiotic supplement, a person on antibiotics should also consider adding some additional probiotic-rich foods to their diet. Since the antibiotics are actively destroying both good and bad bacteria, this additional increase in probiotics could be beneficial.

Some of the best probiotic foods that can help to add more good bacteria to the digestive tract include:

When the course of antibiotics is done, many people think that they can stop using the probiotics too. Sure, there will not be more antibiotics that cause good bacteria to be destroyed; the use of these drugs will still have a continued effect on the gut flora of the individual.

For this reason, a person who has finished their antibiotics should consider continuing to use the probiotic supplements. They could also prefer to consume foods with probiotics instead. This will help to restore a better balance of healthy bacteria after the antibiotics were able to treat the bacterial infection that the patient suffered from effectively.

The dose of probiotics could be lowered after the antibiotics are finished, of course. Taking too many probiotics at this time could lead to unpleasant side-effects, such as bloating, gas, and headaches.

The use of antibiotics is crucial in cases of bacterial infection. These drugs are able to assist in the treatment of the infection and help to reduce the risk of complications. Antibiotics do kill off both good and bad bacteria, causing the gut microbiome to suffer. Using probiotics might help to restore good bacteria in the gastrointestinal tract, but it is important to carefully consider the timing of doses and use the most appropriate sources of probiotics. 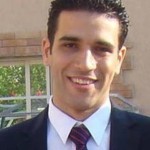 Dr. Ahmed Zayed holds a baccalaureate of Medicine and Surgery. He has completed his degree at the University of Alexandria, Egypt. Dr. Ahmed believes in providing knowledgeable information to readers. Other than his passion for writing, Dr. Ahmed spends his time outside the hospital, either reading or at the gym.

Any cookies that may not be particularly necessary for the website to function and is used specifically to collect user personal data via analytics, ads, other embedded contents are termed as non-necessary cookies. It is mandatory to procure user consent prior to running these cookies on your website.